Company law to be modernised

Bern. The acceptance of the initiative "Against Fat-Cat Salaries" in the referendum of March 2013 resulted in the National Council referring the ongoing revision of company law back to the Federal Council. The Federal Council now aims to resume work to modernising the law on companies limited by shares, and bring it into line with the needs of business. It also wishes to codify initiative "Against Fat-Cat Salaries" at federal law level and introduce other, related, changes at the same time. It is also proposing provisions for greater transparency in the extractive industries in Switzerland. On Friday, it referred the preliminary draft of the new legislation for consultation.

The Federal Council had already enacted the Ordinance Against Excessive Remuneration in Listed Companies Limited by Shares with effect from 1 January 2014, and thus made the popular initiative "Against Fat-Cat Salaries" law. In a second step, it aims to adopt the provisions of the Ordinance in to the Swiss Code of Obligation, the Federal Act on Occupational Old Age, Survivors' and Invalidity Pension Provision, and the Swiss Criminal Code. The preliminary draft also governs further issues which are closely related to the popular initiative, but which the Federal Council had been unable to include in the Ordinance owing to the absence of, or at least uncertainty concerning, a constitutional basis.

Specifically, the preliminary draft goes into greater detail about duties of care incumbent on members of the board of directors and executive board with regard to remuneration policy. It lays down guidelines for signing bonuses and for compensation in connection with non-compete clauses. This distinguishes such bonuses and compensation at the legislative level from prohibited forms of remuneration which are paid in advance, as well as from unlawful severance packages. This is in the interests of top-level managers, as violations of the ban on prohibited payments carry high custodial sentences and fines. The preliminary draft also strengthens the rights of shareholders in civil proceedings, permitting them under certain circumstances to sue for reimbursement or to establish liability at the expense of the company. This offers them an effective means of combating unlawful payments to top managers.

The revision also addresses further topical issues. Men and women should each make up at least 30 percent of the boards of directors and executive boards of systemically significant listed companies. These companies will have five years in which to comply with this requirement. If the target is missed, a "comply or explain" approach will apply: the annual remuneration report must state the reasons for non-compliance, as well as the action that has already been taken and that which is planned to achieve compliance.

In addition, the preliminary draft proposes a solution to the problem of high numbers of shares that are not entered in companies' share registers (known as "dispo" shares). Finally, revised provisions on financial rescue should create incentives for companies to take the necessary action at an early stage, if possible before any formal debt restructuring proceedings have been instituted.

Transparency in the extractive industries

The preliminary draft also aims to guarantee greater transparency in the Swiss extractive sector, and thus promote responsible action on the part of companies and natural resource-rich states. The proposed provisions draw on EU law, and oblige companies involved in extracting raw materials to disclose their payments to government agencies. The rules cover listed and large companies which extract minerals, crude oil, and natural gas, and harvest timber. These companies must disclose payments in excess of 120,000 Swiss francs a year in a separate report which must be published electronically. Furthermore, under the new legislation the Federal Council is to have the power, as part of an internationally agreed process, to extend these transparency provisions to companies trading in raw materials.

Guidelines on the repayment of capital contributions

The preliminary draft adopts important parts of the draft of 21 December 2007 on the revision of company law, which the Swiss parliament referred back to the Federal Council following the vote by the people and the cantons in favour of the popular initiative "Against Fat-Cat Salaries". These include the relaxation of provisions on company foundation and capital, improvements to corporate governance – applicable also to non-listed companies – and the use of electronic tools at a company's general meeting. The preliminary draft further eliminates inconsistencies with the financial reporting legislation that entered into force on 1 January 2013, harmonising provisions on reserves and treasury shares. It is no longer mandatory for share capital to be denominated in Swiss francs, and additional safeguards with regard to the repayment of capital contributions have been instituted. Where capital reductions, repayments of capital contributions and financial rescue regulations are concerned, the preliminary draft factors in the company's current and future liquidity to a greater degree.

The consultation procedure on the revision of company law runs until 15 March 2015.

For the complete documentation see the pages in German, French or Italian. 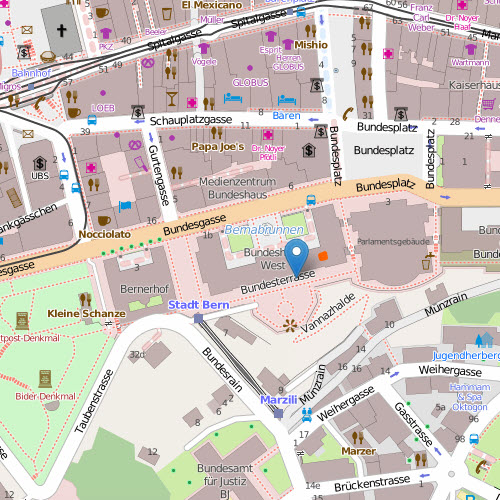