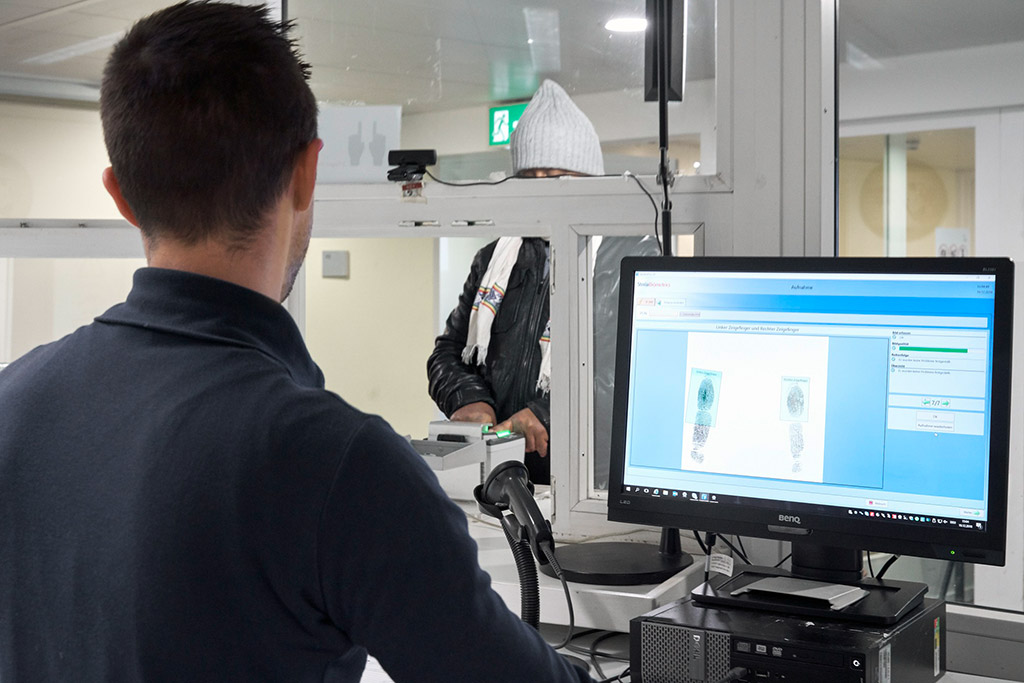 An asylum seeker is registered at the federal asylum centre in Basel and his fingerprints compared with Eurodac, the EU’s central fingerprint database. (photo: SEM © Gerry Amstutz)

Eurodac is the central fingerprint database of the European Union for asylum matters. It has been operating since 15 January 2003 and was set up in order to register asylum applicants and thus apply the Dublin Regulation effectively.

More information on the Dublin Regulation

At the beginning of the asylum procedure, all asylum seekers receive free legal advice about their rights and obligations. They are also offered the free services of a lawyer, who informs them of their chances of obtaining asylum. The lawyer provides support at each stage of the asylum procedure, takes part in hearings, responds to the draft of any negative asylum decision and if necessary draws up an appeal.

Advice and support in case of removal

Asylum seekers with little chance of being granted asylum in Switzerland are informed early on about the possibility of returning to their country of origin voluntarily. There is a return counselling service that helps people to organise their return and may provide financial support to help them reintegrate into life in their country of origin. Support is provided on a diminishing scale: the later an asylum seeker decides to return home voluntarily, the less financial help they receive. The status of their asylum procedure and the length of time they have spent in Switzerland are also taken into account.